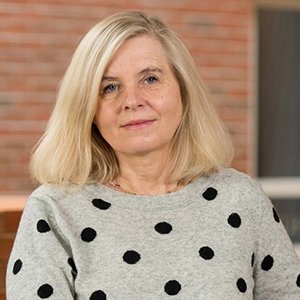 Dr. Maiken Nedergaard is Dean’s Professor and Co-Director of the Center for Translational Neuromedicine at the University of Rochester Medical Center in Rochester, NY and at University of Copenhagen, Denmark. Her interests span from neuron-glia interactions to the role of astrocytes in aging, small vessel disease, stroke and cerebral blood flow regulation. Her group described the glymphatic system, a brain equivalent of the lymphatic system within which cerebrospinal fluid diffuses rapidly and mixes with interstitial fluids, thereby clearing metabolic waste products that accumulate during neuronal activity. The glymphatic system dramatically increases its activity during sleep compared to waking – brain cleaning and detoxification are thus facilitated during sleep, providing a novel and direct explanation for what we all generally consider sleep’s restorative effect. Recent work has implicated the glymphatic system in edema formation in acute stroke. Dr. Nedergaard is an elected member of the Royal Danish Academy of Sciences and Letters and a Fellow of AHA. In 2015 she received the Newcomb Cleveland Prize, from AAAS and the Alzheimer Prize in Denmark. In 2018, she received The Fernström Nordic Prize in Medicine and in 2020 the Thomas Willis Stroke Award and the International Prize for Translational Neuroscience from the Reemstma Foundation. 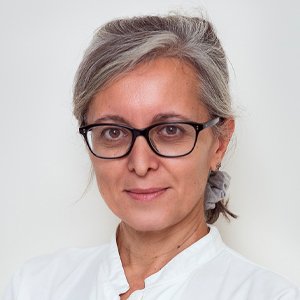 Anna M. Planas graduated at the University of Barcelona and carried her Ph.D. on cerebral blood flow and metabolism at the Medical Research Council,Toxicology Unit in Carshalton (UK) (1984-1987) under the direction of Vincent Cunningham. She carried out a postdoctoral stage at the Service Hospitalier Frédéric Joliot (SHFJ) PET Centre of the Commissariat à l’Énergie Atomique (CEA) in Orsay (France) (1990-1992). She is now Researcher Professor of the Spanish National Research Council (CSIC) and leads the Laboratory for Cerebrovascular Research at the Institute for Biomedical Research (IIBB-CSIC) in Barcelona where she is Head of the Department of Brain Ischemia and Neurodegeneration. She coordinates the area of Neurosciences at the Institut d’Investigacions Biomèdiques August Pi i Sunyer (IDIBAPS) based in Hospital Clinic of Barcelona. She is Associated Professor at the School of Medicine of the University of Barcelona. Dr Planas was member of the Board of Directors of the International Society for Cerebral Blood Flow and Metabolism (ISCBFM) for eigth years. She was the local host for the Brain 2011 meeting of ISCBFM and for the meeting of the European Molecular Imaging Society (ESMI) in 2009. She has participated in Editorial Boards of scientific journals like the Journal of Cerebral Blood Flow and Metabolism, Stroke, and Acta Neuropathologica. She has published more than 200 papers in international peer-reviewed scientific journals. She has supervised 20 PhD theses. Her current main research interest is to underscore the contribution of inflammatory and immune responses to stroke brain damage and repair.

Get in touch
Manage Cookie Consent
To provide the best experiences, we use technologies like cookies to store and/or access device information. Consenting to these technologies will allow us to process data such as browsing behavior or unique IDs on this site. Not consenting or withdrawing consent, may adversely affect certain features and functions.
Manage options Manage services Manage vendors Read more about these purposes
View preferences
{title} {title} {title}